BE A PART OF MY NEW BOOK!   Read how at: PHOETICS.PUBSLUSH.COM

PHOETICS-TOUCHSTONE TO THE AUTHENTIC SELF
INTRODUCTION (Excerpt)

Photographs are the reason I am living..
.
When I was a mother of two young daughters in my fortieth year, I yanked the brakes on my runaway life to a screeching halt. You could smell the psychic rubber fuming all the way from Orange County to LA.
Everything I had been doing and the way I had been doing it was coming to an end.  It was as if the sands of my female hourglass were running out.  I was forty.  At a crossroads.  No signposts.  No maps.  No tracts.  No wise women.  I was desperate.  And for the first time in my life, I went against my mother’s dire warnings:  "Never trust a woman.  In fact, the only woman you can ever trust is your own mother."
I found my first female therapist. She was exactly my age and I sensed right away that this woman was a master surgeon when it came to bloodletting the toxins that had been in my psychic body for so long I never knew there was such a thing as 'normal.'  I put myself into her good hands for the next two years.  When I asked her why she thought I might have been abused, she was careful with her words and replied, “Well, if you had a list of fifteen red flags, I could check off every one of them.”   I didn’t understand her, but I trusted her.  She never pushed, just asked me to bring in my family photos, whatever I wanted.

"The Seeding of Phoetics..."
It was on one of those milder-than-mild early Southern California mornings when my Lady Santa Ana's softly ushered me off in a Great Mother sweep to Pat's modest two-story gray clapboard offices, sequestered beneath ancient eucalyptus trees off some anonymous, intimate back-road in Tustin.  I got out of my black Jag, dutifully dragged from the trunk a dirty dusty weatherworn box crammed with photos from every era I had ever lived, psychically and physically and made my way up the shaky elevator.  Little could I have guessed that day that this was the beginning of the rest of my life and what I would come to know as My Calling.

Posted by Nancy Lee Segal at 8:57 PM No comments:

Posted by Nancy Lee Segal at 7:30 PM No comments:

Please bring any photos of yourself and mother
up to age 10 preferred but not mandatory
And a ribbon to tie on my tambourine for remembrance!
SATURDAY JUNE 15TH  11 AM – 2 PM    $30
Ki Empowerment Holistic Center
933 High St.    Suite120B    Worthington Ohio
Cash or Check at the door-24 Hr. Cancellation
For more info:  Phoetics.co (or) myphoetics@gmail.com
Posted by Nancy Lee Segal at 4:10 PM No comments: 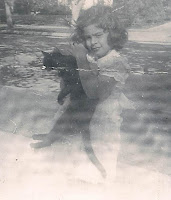 RED in the Female Psyche ~ “My favorite girlhood color was always RED.”

SISTERS are not carbon copies ~ “Why did Mom dress always us alike?”

Nancy Segal’s PHOETICS®… ‘The poetic truth in every childhood photograph’

“Themes & Motifs of Our Girlhood Photographs”

THEME:   “My favorite girlhood dresses/shoes/hats/toys are always RED!”
What are the many meanings of RED in our sacred Female Psyche?
Discussion of The Red Shoes, Little Red Riding Hood and much more…

THEME:  “Why did Mom dress us alike?  We weren’t even twins!”
Sisters are not carbon copies-why is this practice so commonplace?
What does this say about our self-imaged sacred photographs?

Bring YOUR GIRLHOOD-THEMED PHOTOGRAPHS
Discover with wise women their many messages & meanings!

Go to Phoetics.co (or) myphoetics@gmail.com     24 hour cancellation
Posted by Nancy Lee Segal at 5:22 PM No comments: 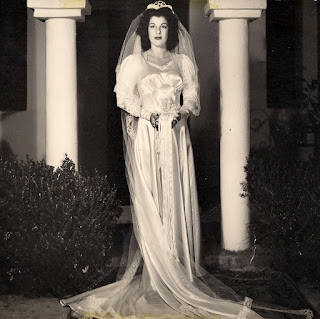 Did you know that…..?
The Photographs of Your Maternal Ancestresses
project a Female Code
that unlocks, mothers, guides, informs,
sustains &supports Your Life Story!

v  What mysteries, truths, sensibilities do the women of your bloodline
hold for you in their Phoetic® images?

v  What do they want you to know today—about this creative impulse
that compels you to produce something higher, greater, finer?

v What keys might they carry to the myths called ‘family secrets’?